This page is under construction, and eventually will either describe or link to pages for the various aircraft that appear in one or more of the Spearfish Lake Tales.

Unless otherwise noted, all aircraft are single engine. 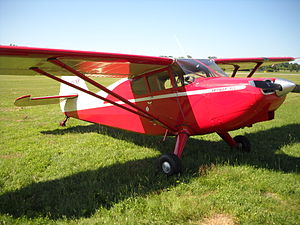 Mark Gravengood's father's plane; At the beginning of Rocinante Mark flew Jackie down to Lordston and back on a trip to pick up some supplies for recovering Rocinante's wings. Later, Mark and a couple of guys from the Henry Toivo expedition also flew it out to Rod Matson's archeological dig in Chapter 27 of the book Absent Friend .

More than 5000 of the 108 series were built between 1945 and 1950. Initially Stinson was a division of Consolidated Vultee. In 1948 Piper bought Stinson and sold the remaining inventory as the Piper-Stinson. The 108 had a 150 horsepower engine (Franklin?), fabric covered metal tube fuselage, high wings, fixed main gear and a tailwheel. Seats for pilot and 3 passengers; a baggage compartment behind the rear seats. Cruising speed around 110 mph. 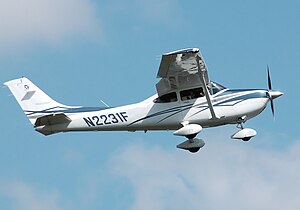 There are at least two 182s in the SLT universe. The first, "Dirty Thirty" appears at Leadville Colorado in Rocinante Part Three Chapter 19.   The second is owned by Hernando Aviation and Jennlynn leases it for a month while Soiled Dove (her Mooney) is laid up with an engine rebuild - see Chapter 15 and Chapter 16 of the book Magic Carpet . 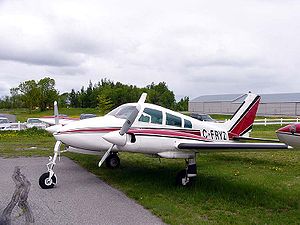 The 310 has six seats, and is a low-wing, twin-engined monoplane with retractable tricycle landing gear. It was produced by Cessna between 1954 and 1980.

The Wikipedia page for the Cessna 310 and the equivalent military designation L-27 and later U-3.

In Chapter 2 of the book Magic Carpet Jennlynn was given an hour of dual time in a 310 by a customer, and later in Chapter 8 of the book Alone Together she replaces Soiled Dove with SongbirdAT8. This is Jennlynn's third airplane, and she buys it under the name of her company Skyhook Aviation shortly after the events of Chapter 18 of Magic Carpet; i.e. sometime shortly after May of 1995. Her 310 is a 1967 model and the name Songbird was already painted on the plane when she Jennlynn bought it; she considered changing it but her part-time pilot, Mike Hanneman, insisted on keeping it.MC20
Jennlynn: "...it sounded sort of dumb to her, and it could be painted out, and maybe replaced with Skyhook."
Mike: "Over my dead body. That’s the best name you can put on a Cessna 310."
Jennlynn grinned: "You win, Songbird it stays."

In Chapter 30 of the book River Rat Jennlynn mentions the above conversation and Al Buck comments "Somebody else watched Sky King on Saturday morning when they were a kid, huh?"

The web site for the TV show: Sky King

The Wikipedia page for the Sky King radio and TV shows: http://en.wikipedia.org/wiki/Sky_King. 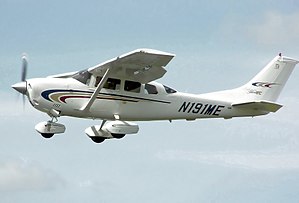 Jennlynn buys one at Greeley and gives it to Jeff and Sheila for their missionary work)MC36
Wikipedia page for Cessna 205, 206, and 207 series 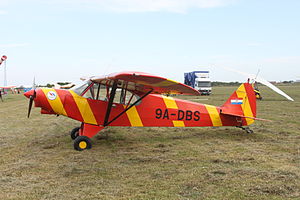 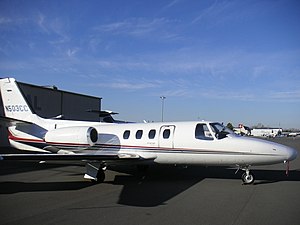 Cessna Citation I on Wikipedia

The Cessna Citation, like the Learjet, is a twin engined business jet. It is mentioned in a couple of the books as a charter, sometimes from Spearfish Lake airport, sometimes from somewhere else. One example is Chapter 40 of Facing the Storm , another is in Chapter 31 of Blue Beauty. The books always mention the "Cessna Citation", but to be correct the name "Citation" is used on a large family of bizjets, ranging from the first model (it's frequently referred to as the Citation I even though Cessna called it the Model 500) in September 1971 to the currently produced (as of this writing) Citation X. In Chapter 24 of Hearts of Gold we learn that Jennlynn Swift had bought a 1988 Citation IISP (Model 551) after selling her Learjet. 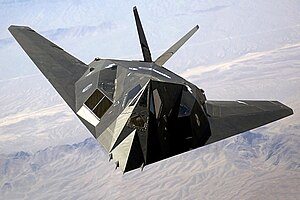 While it was often called a Stealth Fighter and very advanced technically, it was never designed as a fighter, but as a small bomber that could carry its entire bombload internally. Due to internal politics in the Pentagon it was given a fighter designation. Its poor aerial combat capabilities contributed to USAF Colonel Max Hawkins's defeat in a mock dogfight with Jennlynn Swift in her aged but more acrobatic Learjet Skyhook.MC28 As noted in the story the Learjet was originally designed as a Swiss fighter-bomber (that never went into production). The Air Force retired the F-117 in April 2008. Fifty-nine were built, plus five demonstrators / prototypes.

Airbus A300 on Wikipedia

In Chapter 31 and 32 of the book Magic Carpet we find Jennlynn Swift flying from Mexico City to a trade show in Chicago onboard Southern Airlines Flight 111, an Airbus A300. This airliner can seat anywhere from 220 to 375 passengers depending on the vintage and seating configuration.

After an aborted hijacking that results in both pilots being incapacitated Jennlynn ends up landing the plane, albeit with some coaching from an experienced A300 pilot in the control tower.

In Chapter 34 of the same book the A300 makes another appearance when Brenda Hodunk finds herself seated next to Jennlynn, and a very interesting conversation ensues.

In the book Hannegan's Cove David and Stacy Newton have Randy Clark build them a custom home on an island in the middle of a lake. They already have a hot air balloon (which they use to help mount and install the windmill blades) but they also have a Lake Amphibian airplane that they plan on using to get to and from their new island house.

At the end of Reaching for Wings, Bree Gravengood does a low level flyover of Mark and Jackie's airstrip in an F-16.

Sailplanes (gliders) appeared in the books Rocinante, Busted Axle Road , Starting Late in Reaching for Wings and in one of the short stories.

(2-seat trainer) in Rocinante and in Reaching for Wings 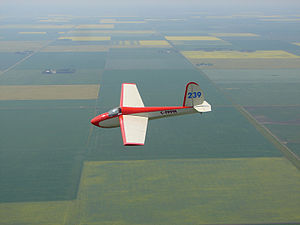